Tuvalu, a tiny island midway between Hawaii and Australia with a population of just 9,860, receives yearly payment of almost $4 million for literally doing nothing at all. The reason? This is the money that the Tuvalu government receives from royalties from the country’s domain name, .tv! 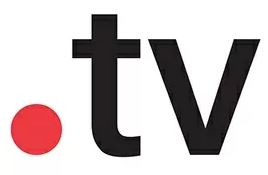 Before you all fire up your calculator, let me burst your bubble that the money comes down to just about $405 per person and also that this money goes to the Tuvalu’s government. Tuvalu commercialized its internet TLD, .tv, in 1988 and started receiving royalties which now account for almost 10% of the government’s total revenue. Isn’t it amazing that a country that’s merely a speck in ocean (10 sq miles to be exact) with nothing but hundreds of miles of water around it controls something so crucial to the internet world?! [via: Neeharika Palaka on Quora ]